What remains. The weight of layers

The picture type chosen by Bohus, genre-wise, would most probably come under the category of still life, which in the history of art and photography is mostly known for its rich stratification. On the one hand, since one of the first pictures created with the earliest photography techniques, regarding its genre, was also a still life, on the other hand this type of picture, due to its quality, allowed some space to confront different ongoing ideas during the first and the second half of the 20th century by pointing out, showcasing, detaching us from reality and revealing its depth.
In her earlier series called Konstruktum Bohus collected the leftovers from her fellow artist’s studios, things left out from the final creative processes, worthless items which gave her visual stimulus rearranging those in her own studio and shedding new light on them. That is why the bewildering, deterrent meaning of the word probably used in the first paragraph is so important. She inserted a few fragments which spun out from the miracle of the creation into a visual riddle created by herself, giving a whole new meaning to the main elements of the composition. Through this series Bohus has made it obvious that she does not intend to talk about the objects featured in her pictures, she rather speaks through them offering a geometrically organized readability to her spectators. She is strict in her constructions but playful regarding her choice of colours, her avantgarde inspired pictures were the first steps to depart from the traditionally definable still life genre.
The starting point of her series called What remains is rooted in her private life first of all, the creative process generating the images is of therapeutic nature. It would impossible to ignore the private aspects of the creative work which is being experienced as a healing process. Especially since in the case of the photographic still life genre the author is always emphatically present, she is the creator and she is the one who has arranged the objects featured in the picture, the most suitable background and lighting, all in all, everything that would facilitate the expression of her vision. In contemporary still life photography, if we may handle such a complicated, complex and intricate phenomenon so liberally, what mostly happens is giving some significance to trivial, insignificant things. Bohus’ Konstruktum series also let us experience this process. However, the What remains series features organized visual metaphors created from meaningful objects with special significance for the author, through which the readability appears in a textual form, in the shape of newspaper pages chosen as background.

What do these pages symbolize? If we look at the pictures carefully, we can notice, that all of them were published on the same day: 1992, May 16. That is Bohus’s birthday and the pages of the different newspapers in the background were collected by her brother, who kept all the newspapers published on his sister’s birthday and presented her with them on her 18th birthday. All the objects, materials and light fragments featured on these pages, symbols of birth, are material object requisites related to her own childhood memories or activities carried out by her famous artist parents. Through these compositions, Bohus has processed her own grief following the loss of both parents, which also function as subjective allegories of life and death. However, this well-thought, consciously edited compositions are able to startle out the spectators from their own personal dimension. The things, images and colours which might seem irrelevant for us, in their organized way, in addition to the textual content, inspire further thinking. It is exciting to see a discoloured newspaper page turning into a dramatic force of nature, and the picture of the medical pills systematically arranged onto the texts, even in lack of relevant pieces of information, that the parents’ death was caused by the very disease mentioned in the article and the medications placed accordingly are the leftover doses.
Bohus’ choice of material is outstanding and so are the objects and materials creating layers and interacting with the newspaper pages which are there to serve as source materials. One of the many examples is the picture showing sand “rescued “from the studio of the glass artist parents used for sandblasting and in which a trivial playground sand carefully and proportionally uncovers the text fading into insignificance so the graphic image showcasing an old man embracing a child with no probable significance message on the day the newspaper was printed so that they can finally join in a hug.
Réka Bohus, despite her young age, as far as I can see, I would confirm that both her visuals and choice of topics are being built in a complementary way, portraying transition between images and ideas and clearly detachable interrelations. In the light of her two already completed series one can perceive that she is not a young artist on a quest we are witnessing, but a young seething artist who builds consistently and operates with a unique imagery.

What remains by Réka Bohus (HU)

part of the official program of the 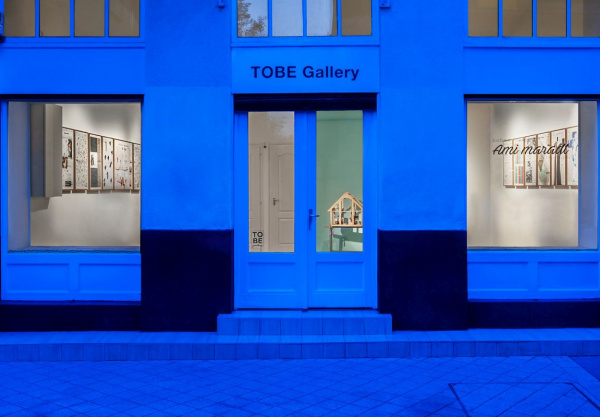 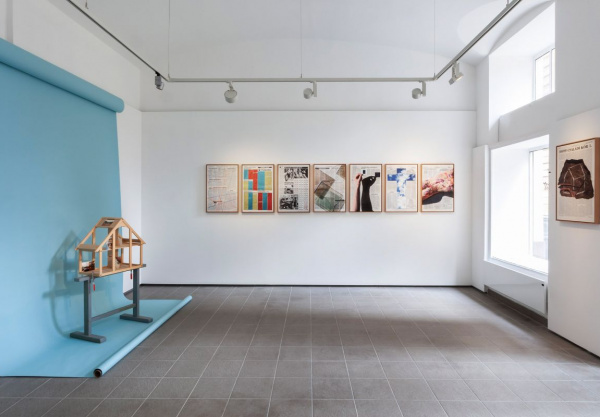 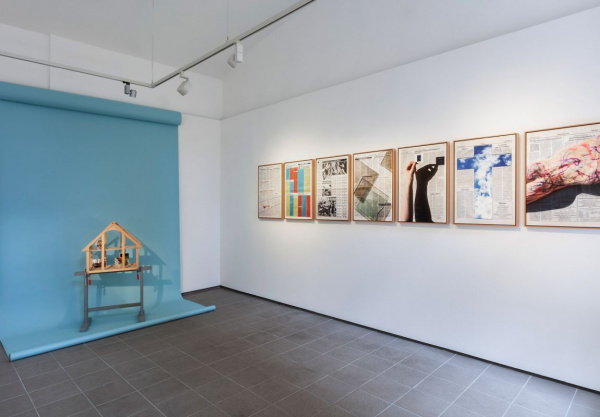 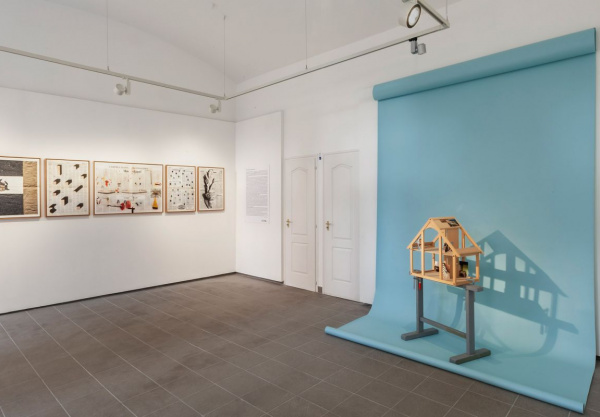 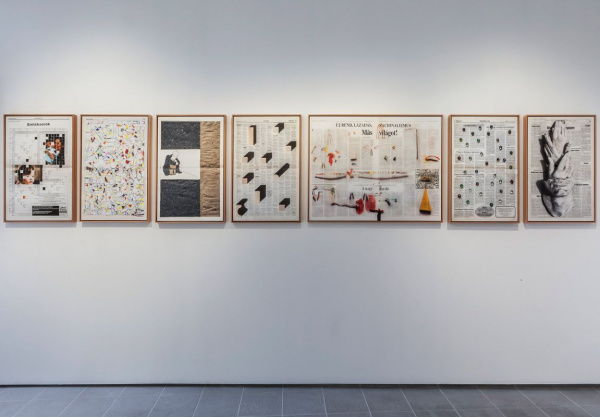 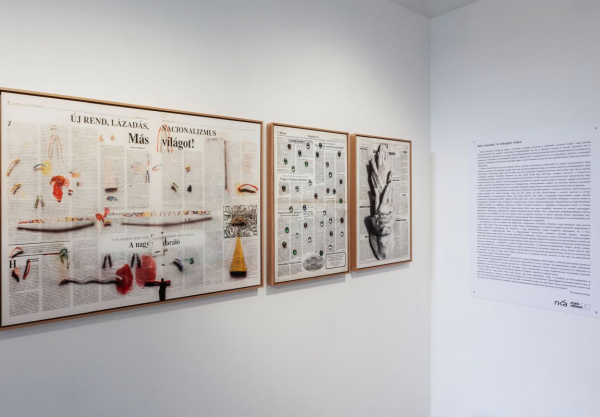 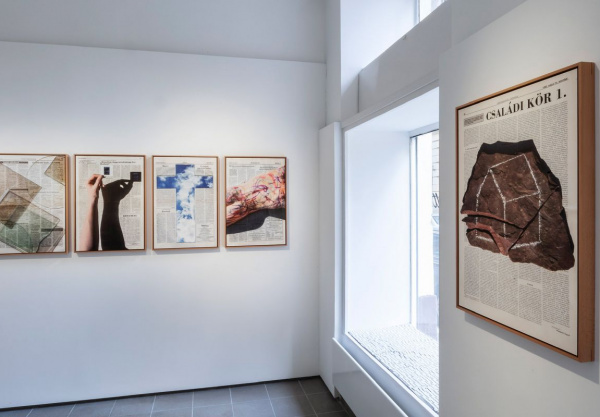 Pousse-Café at TOBE with Gáspár Bonta