It is cold and misty. Then suddenly, the Danube appears through the fog, then the edge of blocks of flats, all looking the same, then the secret little woods, the long narrow path like an endless ribbon. For the woman fleeing from the Soviet troops, the end of the road is unknown; yet, the hope she carries within triumphs over-exhaustion.
Sixty years later, her grandson returns to the point of her departure and experiences the same unfamiliar stops along the same unfamiliar road. The person he is looking for, the dentist grandfather he has never known seems impossible to find. Anthony Marchetti had to take that journey many a time, back and forth between America and the Szeged countryside. The photos he took en route are stages of a Bricollage series: a collection of places and objects observed, gleaned, found. Portraits of men the same age as his grandfather would be, pictures of objects lost along the way.
As the offspring of a short yet ever so strong love, determined to trace back a broken promise of meeting again, Marchetti found that the journey itself had taken centre stage, while the pragmatism of the act of collecting made the distance of bridging space and time palpable.
The photos turn distance into the present, that is, they turn the subject matter from unique and individual to general and universal. The story is built brick by brick, of hypothetical and existing locations, yet also of randomly found people, and eventually turns back into itself and becomes an allegory of what so many experiences even today. Looking at this series of
photographs we come to understand that the journey is within us – something we only realise when we first take the detours of memory. In the past and present of hopelessness, photographs, as fragments of hope, indeed mean hope.

PAUL by Anthony Marchetti (US)

• with the support of the National Cultural Fund of Hungary NKA
• • In close cooperation with the Moholy-Nagy University of Art and Desing, the exhibition is accompanied by a number of events that address and engage our visitors in different ways, offering them their own interpretation routes. 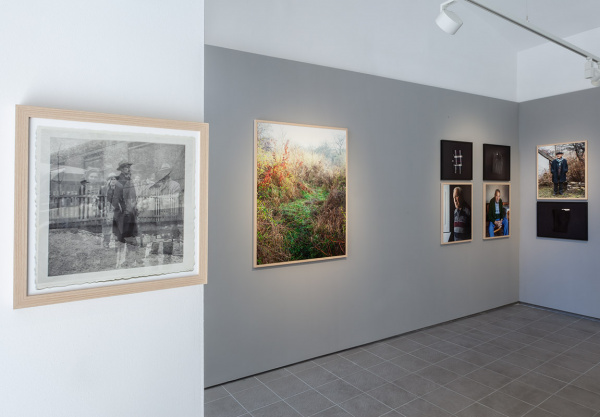