Today is the yesterday of tomorrow – the present is becoming past; but how shall we remember it in the future, when everyday events are being re-coloured and endowed with significance over time and owing to the changing circumstances?
The latest works of Anikó Robitz with family photos from the early 80’s, Mexican Milagros and 3D printing, are exhibited in their individual exhibition titled Holographic Memories. The works of the exhibition are linked to the concept of memory, which appears in the title of the same. Experienced events become memories when we remember them again and again. Memory is born with the first remembrance and will be modified even more in future revelations. Research has shown that we remember the history created by memory rather than the exact events.
The photographs of the Milagro series are based on photographs taken by his uncle, Lajos Robitz, in Ecuador in 1983. These family pictures have been supplemented with tiny figures made of tin, which have a protective meaning, as well as good wishes.
The images in the Holographic Memory series were made using a special holographic fabric. The finished Acrylic photos themselves are no longer acting as the game of lights and colours that were captured during the exposure process. These photos, in general, express the change in memory.
The works of the third group hide photographs in the so-called commemorative cups, which are composed of boxes printed in 3D. These boxes refer to the cognitive process when the brain complements the oldest memories with the recent ones. However, the brain can never become saturated, just as the box can’t be filled either. We forget the less important memories, giving space for new ones. 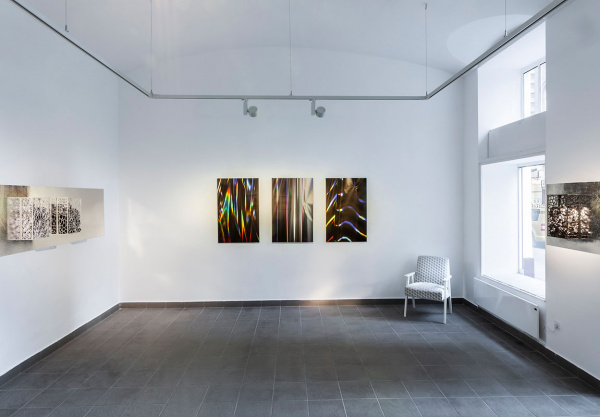 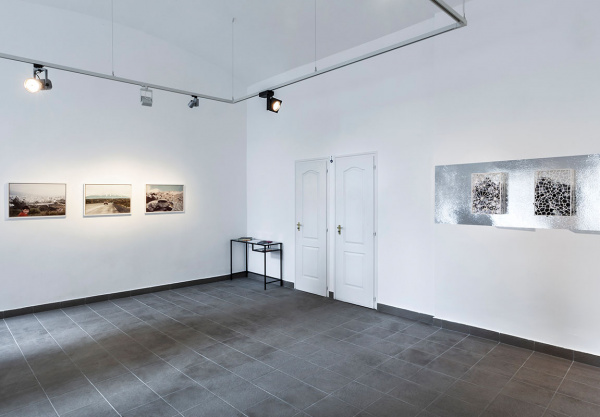 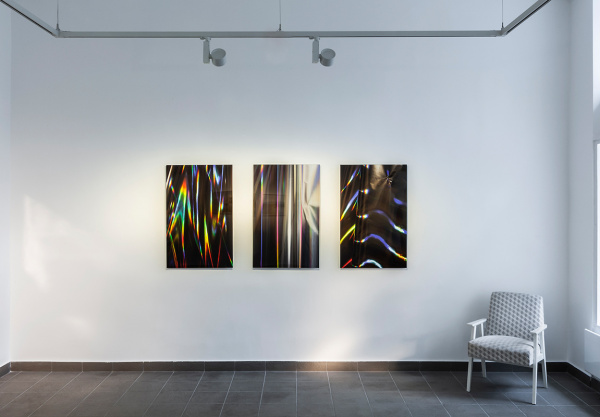 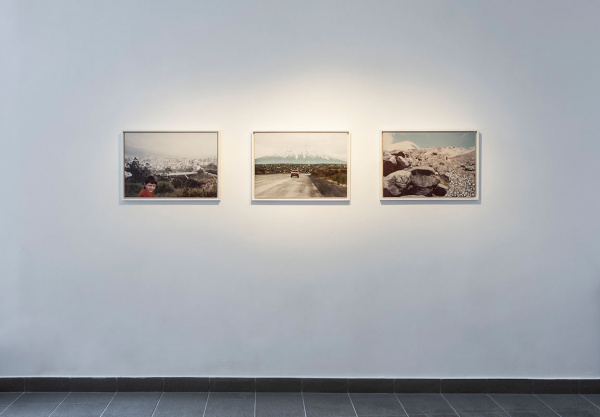 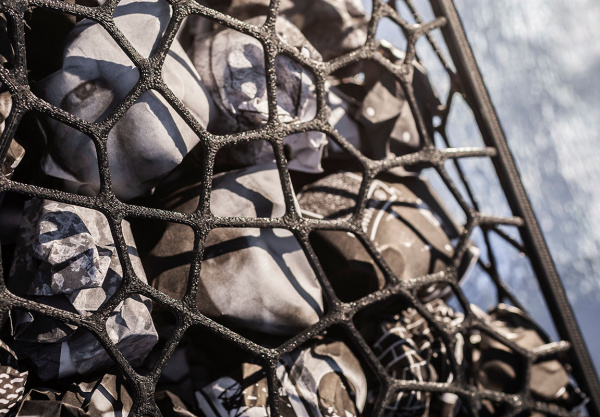 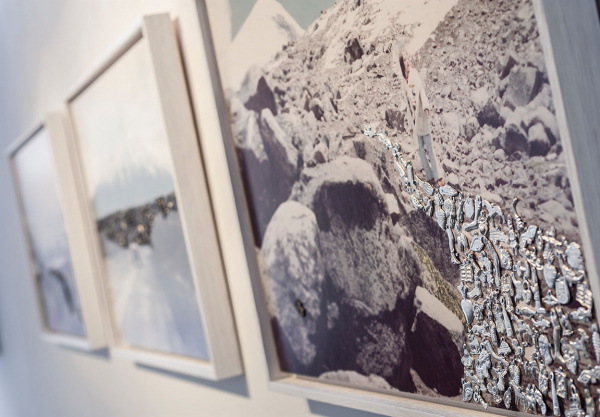